At the end of the day-Tasman Island part 10

Posted on February 7, 2019 by Tasmanian Traveller

Gradually the number of people on the island decreased. I was on the second last ‘copter to fly away. I watched the loadings and the diminishing numbers. 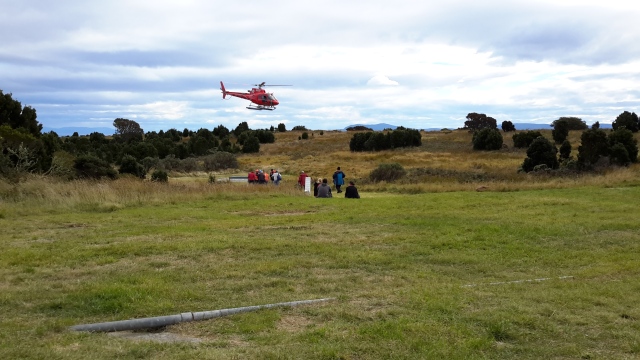 Before then, at the end of the afternoon, I watched the sky presenting anew.  The soft shapes above contrasted strongly against the hard lines of the lighthouse.  Seriously beautiful.

I sat in the centre back of the helicopter on the return leg and found it was impossible to take photographs.  I strained to look past my fellow passengers. The pilot took us along the east coast of the Tasman Peninsula. The view of those majestic hills and bays had those with the prize window seats oohing and ahhing. Before long we were over water and then touching down at Cambridge airport.

What will I remember?  The expanses of vegetation sparkling in the sun. The grand vistas off the island of massive dolerite cliffs, similar to those supporting Tasman Island.  The sense of space due to the big sky and the openness of the landscape.  The slowing of time allowing me to be ‘in the moment’.

Here is a collection of photos, taken during the day, that shows the life in my Tasman Island experience. 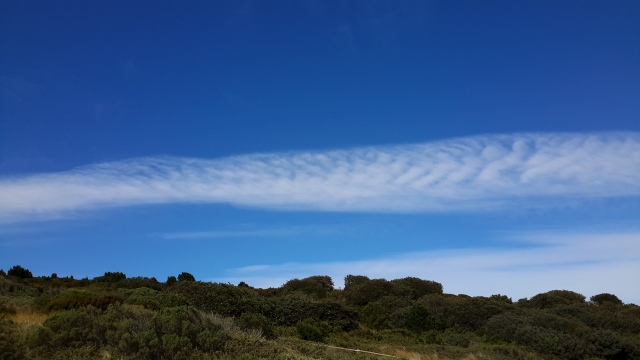 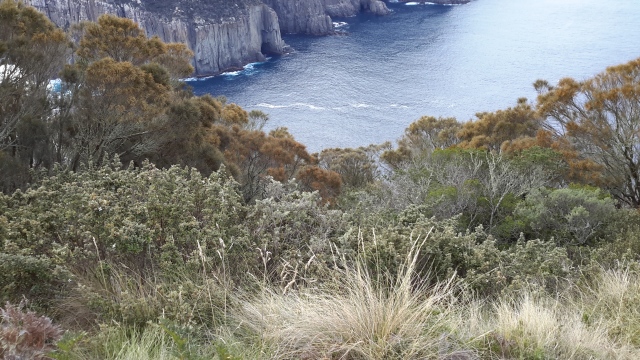 This had been a great day for learning, for experiencing new sights sounds and smells, and for feeling so lucky to have had over seven hours meandering along the tracks of Tasman Island. The trip, a fundraising initiative of the Rotary Club of Tasmania, is held annually to support the Friends of Tasman Island, and the conservation and protection of the Island’s environment.