From the southern end of Adventure Bay we travelled north, then west, then through Alonnah before turning south and passing  the town of Lunawanna.  A while later, through the trees we could see a little of Cloudy Bay Lagoon then Cloudy Bay to our left, to the east.

To the west of the road, the land has been reduced and sculpted by Great Taylors Bay. We were not on a thin isthmus like the one separating north and south Bruny, however I would expect in a few million years it will be a narrow bridge and then the southern area with the lighthouse will become an island soon afterwards – ‘soon’ in geological time.

Then the white column of the Bruny Island lighthouse appeared on the horizon.

In a rush we arrived, donned our winter woollies and headed uphill to the lighthouse.  Across Cloudy Bay, in the far distance sitting on the ocean,  I could see The Friars where earlier in the day I had watched the Australian Fur Seals resting.

I liked the look of Cloudy Bay, the shore line and the surrounding hills and I thought walking there in the future would be a joy.

Jeanette’s photo below gives some indication of the steep path to the lighthouse. 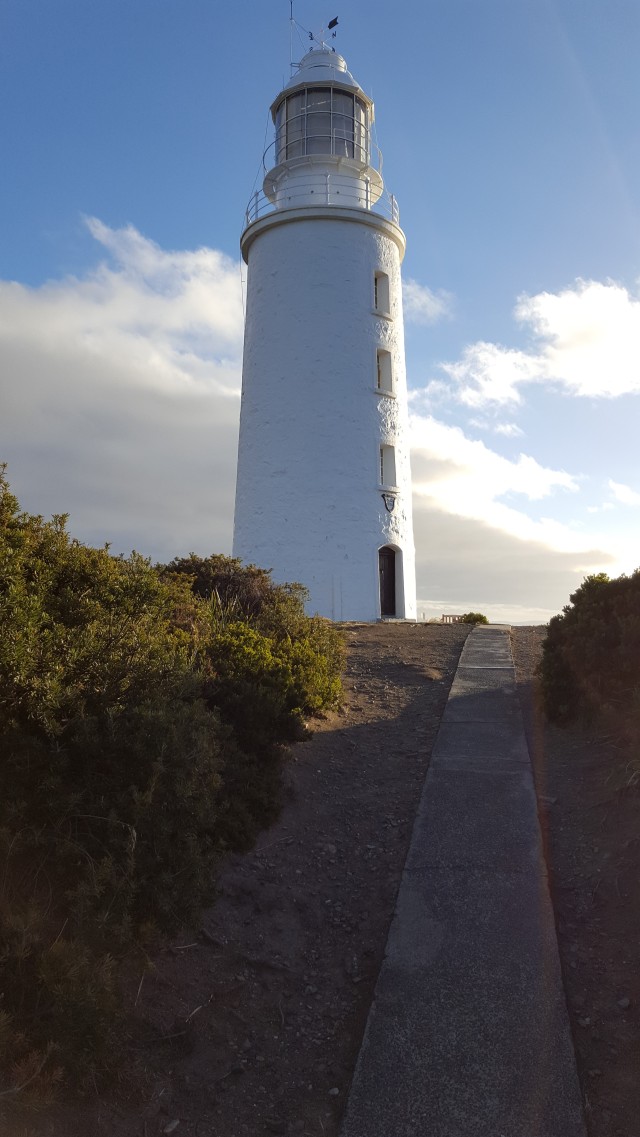 The sky changed as I was about to go back downhill and leave the area.

The daylight was coming to an end so we returned to our accommodation, and started to make plans for tomorrow; for our last day on Bruny.