Hugelkultur in my back yard

When K talked about hugelkultur as she built her garden beds (refer here) I googled and read more. My understanding is that a mound is built with layers of vegetation which will gradually deteriorate and provide nutrients for plants above. Good top soil covers the mound. Seems like a smart idea; nutrients galore for the long term not just the short term.

I built one as follows:

I ordered a metre of top soil mixed with cow manure to be delivered. 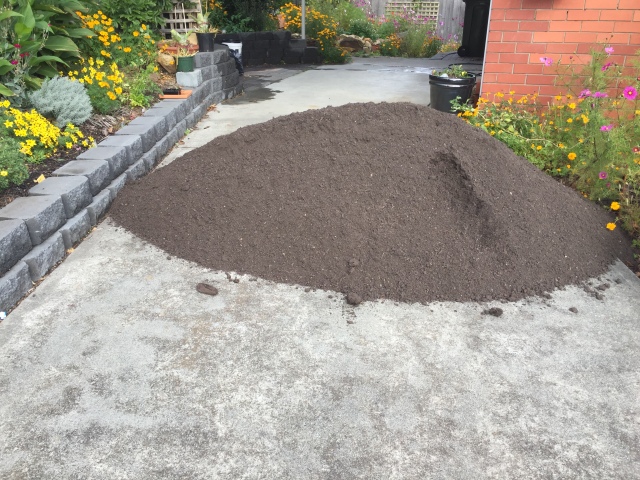 I cleared the drying cosmos and tomato plants from the chosen garden bed. 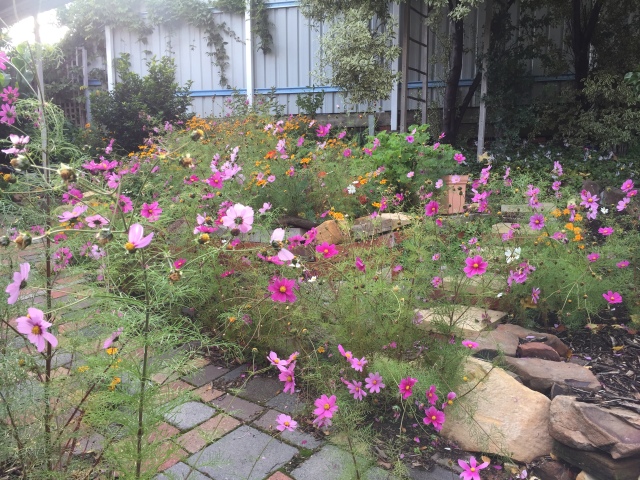 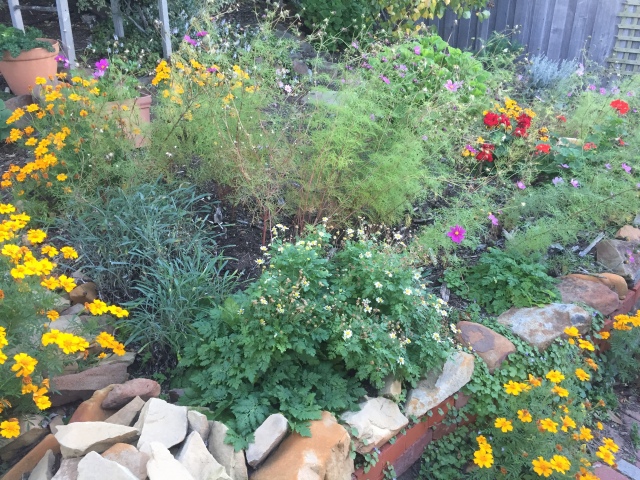 I cleared the composting mulch and some depth of soil from the centre of the garden bed, leaving feverfew, marigolds and geranium plants at the edges. 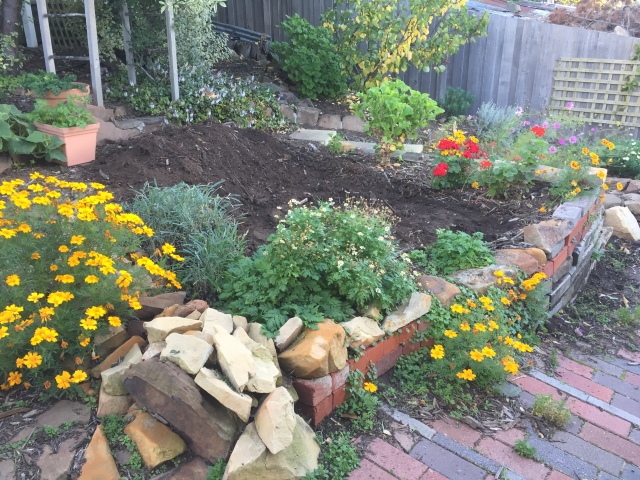 Over the years as I pruned a tall fuchsia tree, I retained the more or less straight stems to use as part of climbing trellises for beans; I had many and used few.  These I hoped were perfect as the base. I used most of this store of very weathered ‘poles’ by laying them on the uncovered earth. 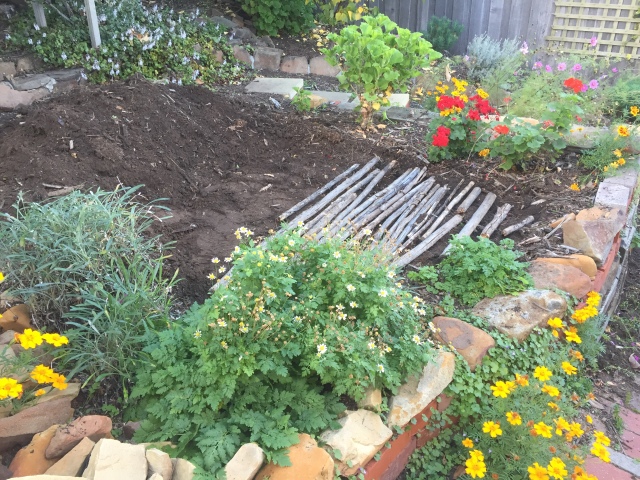 I had been given a bin of used coffee grounds and these were spread across. 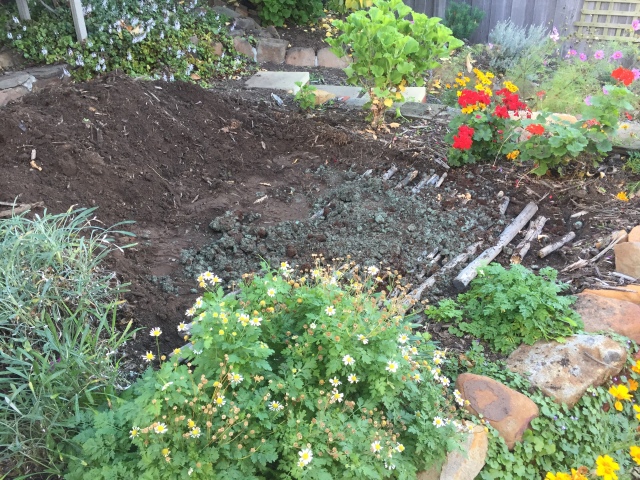 I spread a small amount straw that had been collected from a chicken coop. 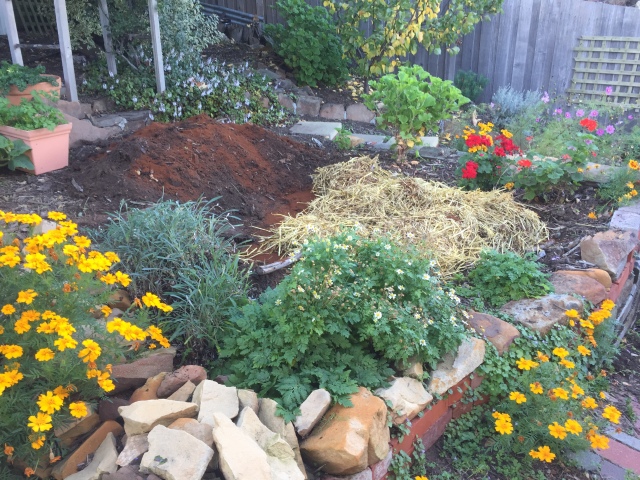 I sprinkled unused ground coffee around and then, over this, I laid seaweed that was collected weeks ago (refer here). 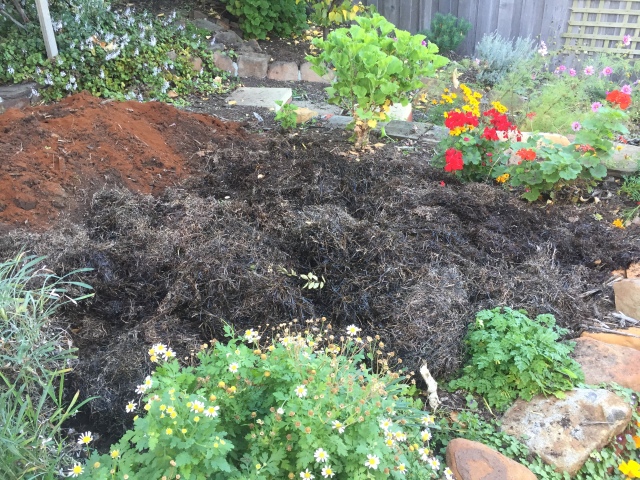 On top I piled weeds, dead and dying plants, old roots and leaves from around the garden. 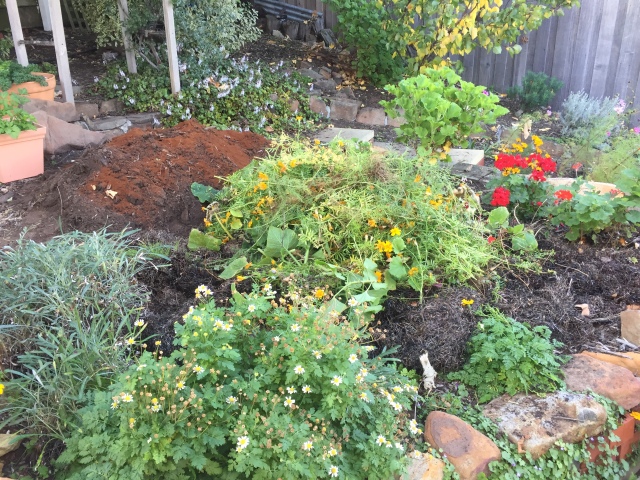 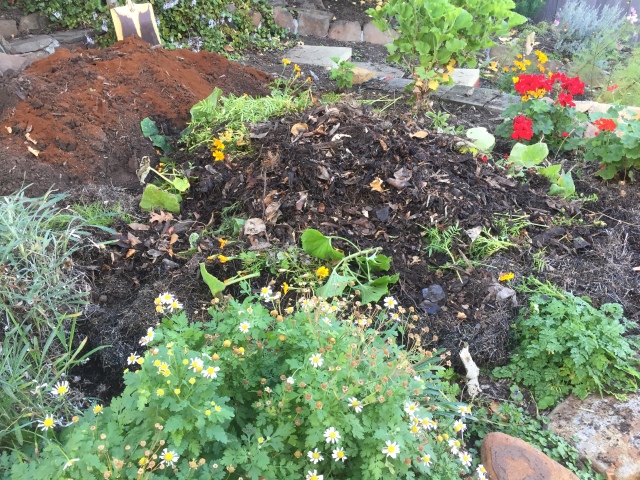 Then I returned the dirt dug out at the beginning of the build, and the composted mulch.  A mound appears. 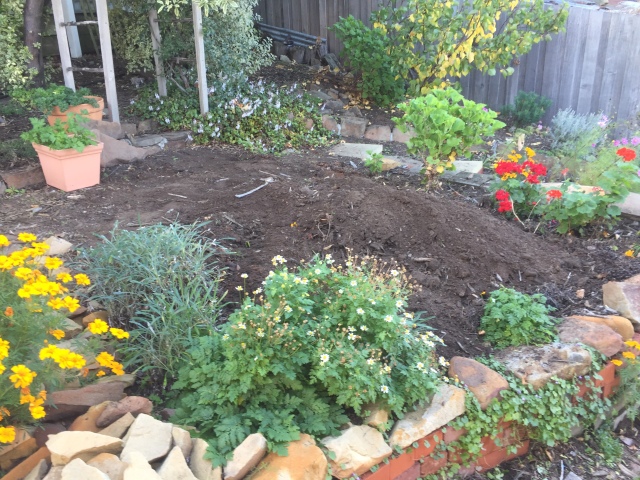 Finally wheel-barrow loads of top soil were spread over the mound. 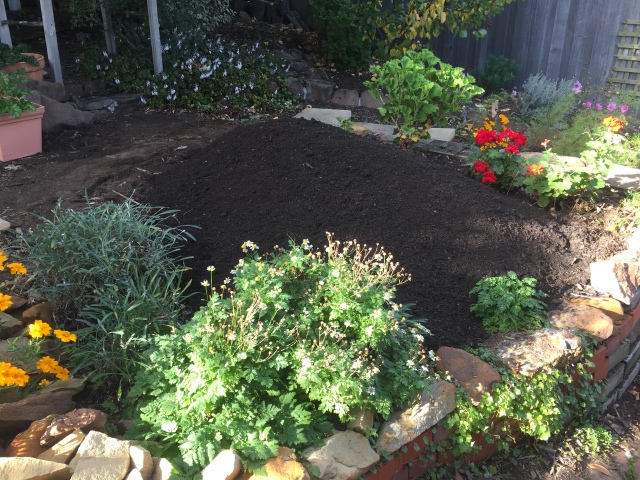 I watered and let it rest for a day. Then returned the next morning and barrow loaded more soil across the mound. 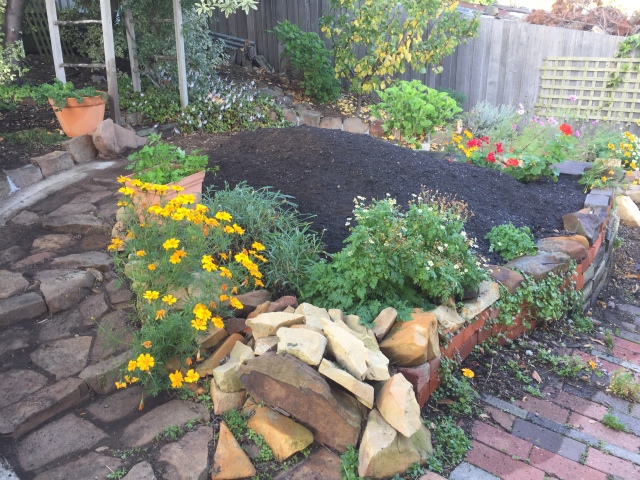 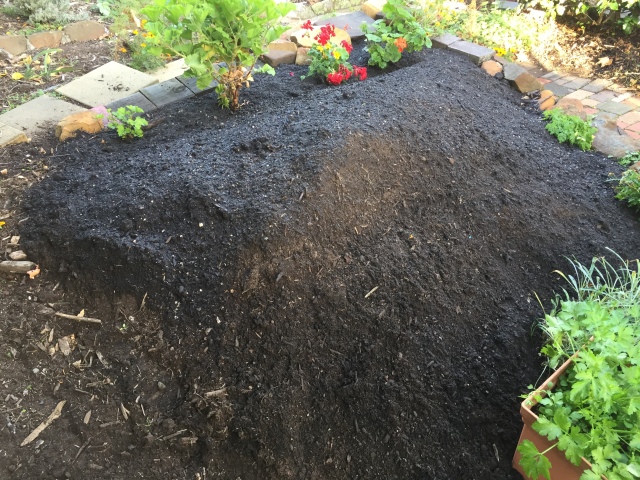 This is my version of a hugelkultur ready for planting.

2 Responses to Hugelkultur in my back yard