I arrived early at the Royal Tasmanian Botanical Gardens (RTBG),  climbed the hill to the Hub at the top entrance gate and signed in, changed into my gardening shoes, then grabbed a bin and headed off to do some weeding in the Community Food Garden.  In particular I wanted to clear the garlic beds of all the unneeded proliferation of small weeds.  This job took me most of my time; each weed and its root needed careful pulling.  From variations of this: 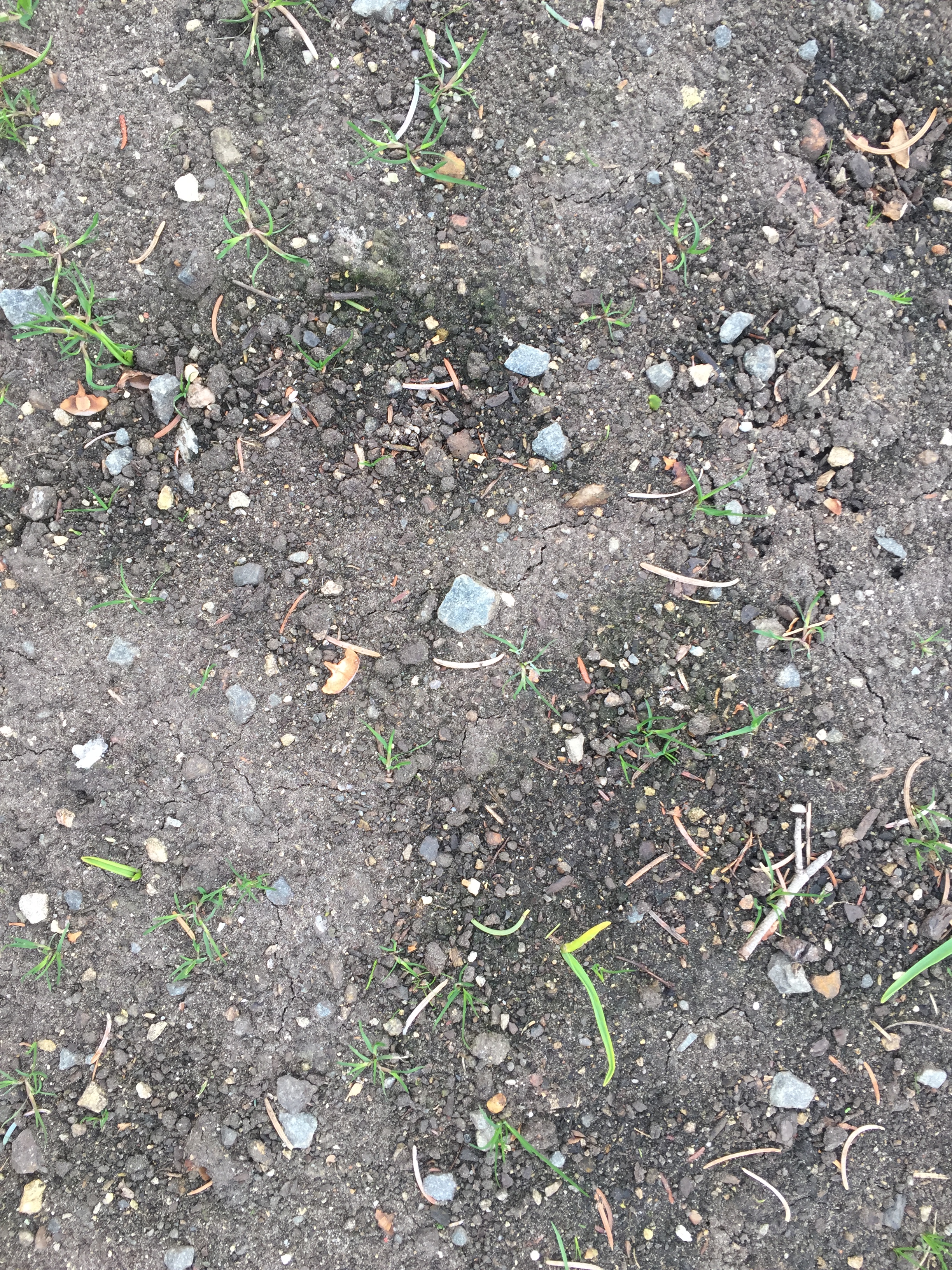 I found the garlic plants were now firmly rooted. Three weeks ago when weeding, I had managed to pull a couple out (and then I replanted them), but this time when I accidentally pulled on a garlic plant it resisted and didn’t budge.  Now anchored strongly into the garden bed.  So I apologised to the plant and became even more careful about which plant I was pulling to cull.

Meanwhile other volunteers in the Food Garden weeded other vegetable beds, shaped rosemary bushes into hedges with a battery operated trimmer (and smelt wonderful at the end of the process – who needs  roast Lamb!), built new wood plank edged gardens, created heaped rows of soil ready for potatoes to be planted, or picked bright orange cumquat fruits. 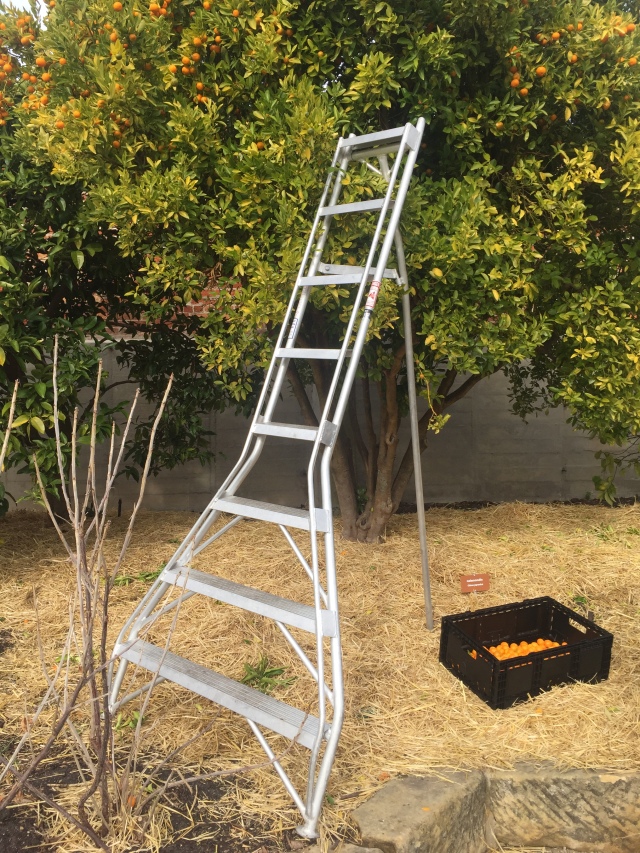 One volunteer had made cumquat jam from an earlier picking and we all tried a little. Very edible!  It was agreed my orange and grapefruit marmalade certainly had the grapefruit flavour – and it was bitter as I had announced. I brought home over three quarters of a kilo of cumquats and have made jam – you can read all about it in my next blog post.

I was surprised to see one tree in glorious spring bloom – and  thought, that’s early, it’s not even the end of July. I could see the tree in the distance amidst a sea of leafless fruit trees and felt compelled to have a closer look. It was an almond tree.

Bales of straw have been laid around some plants making the garden look very fresh and tidy, and also acting as an aid to keep moisture in the ground. Of course, as it gradually breaks down, the soil will be enriched.  I particularly liked the coverage around the tea leaf Camelia bushes.  I understand later on we will pick some tea leaves and make a brew.

Early in the day I noted that many of the olive trees had been pruned. I could see the clean fresh cuts. I lamented to Coordinator Adam that I had missed out on that ‘training’ and job last week.  I learned that he did not share the job: it was something he did because it is a fairly exacting process and because it is very satisfying. I asked to watch this time next year. Apparently the olive trees will only need pruning every couple of years. However Adam could see my level of interest and suggested he might plan a workshop training session in the future for all of us.

Adam explained how someone went to Spain and spent three months on an olive farm and came back and shared the knowledge gained about growing and pruning these trees.  There is the idea that a bird can fly through the tree after pruning – the pruning practice includes opening the centre of the tree while at the same time keeping the curving downward hanging branches that often arise from the top of branches. I took lots of photos hoping that collectively these will remind me how to prune my trees when they grow more.  But I will look forward to the ‘master’ class of the future. 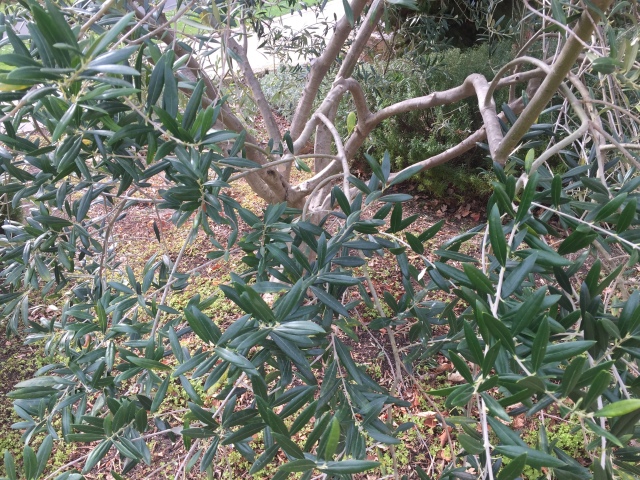 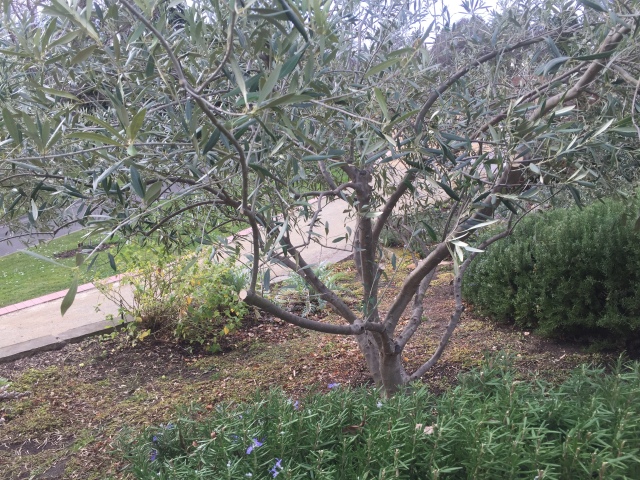 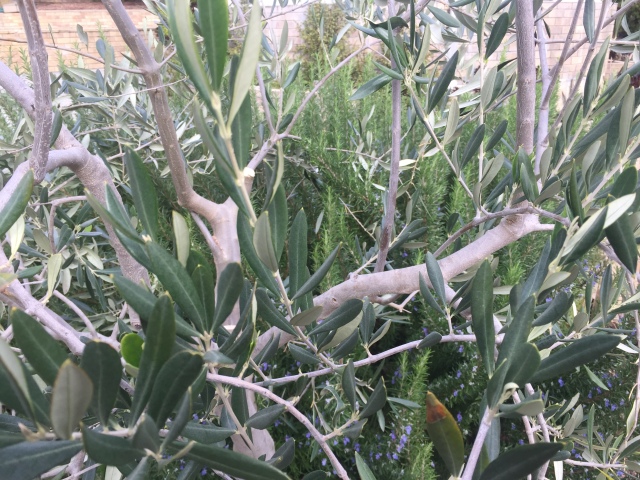 Just before I left after another very satisfying day in the fresh air under a sunny sky, at the RTBG, I poured fresh picked cumquats into my back pack.  On the way home, I bought more sugar and since then I have made a jam.  Read that story in tomorrow’s blog post.