Posted on February 1, 2019 by Tasmanian Traveller

The Tasman Island lighthouse was originally commissioned in 1906. The lighthouse has been unmanned since 1977 after automation took over in 1976.

After I left the helicopter landing area, I walked to the lighthouse and determined to climb to the top, albeit slowly, before more helicopter loads of visitors arrived.  I didn’t want to be rushed by eager beavers, those speedy Gonzales types who want to squeeze past in the most dangerous of places because they just have to get there before yesterday. Where the journey doesn’t count only the destination, in this case the views.  But it was worth taking time and looking at everything. Thinking about everything. Considering everything in all sorts of ways. And that approach set the pattern for my day.  Slow. Careful. Thoughtful.

I read the safety information, before climbing a few steps to the grand entrance doorway.

The large bolts, and the steep staircase curved around the walls both attracted my attention constantly throughout.

After only a dozen or so steps,I was already taking a bird’s eye view of a volunteer at work on the ground floor. 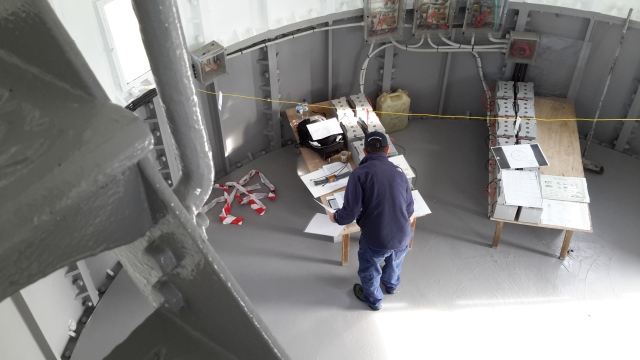 Then I reached the first windows. It had not taken long to gain height. I worked hard to see outside.  Then up more stairs to a landing, and an opportunity to step outside. 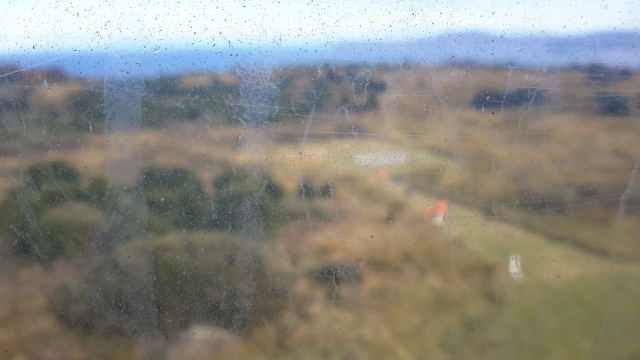 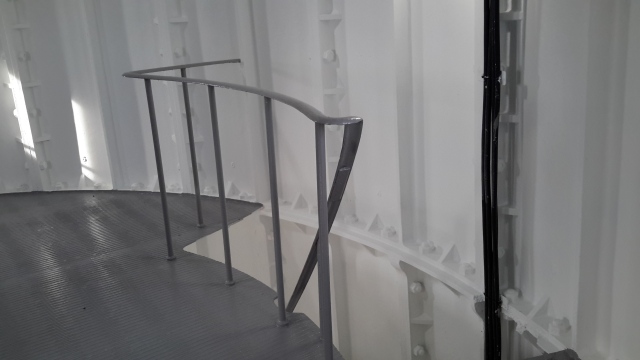 How fresh the air. How clean the skies.  How magnificent the landscape and the sea.  Viewing from the helicopter had meant constant movement. Here I could stand immobile and stare.  I could try and absorb the immensity and the detail. 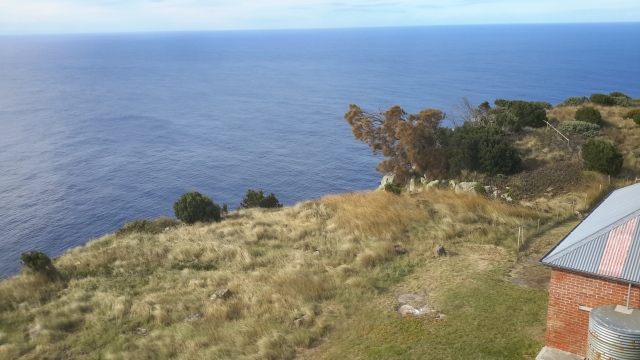 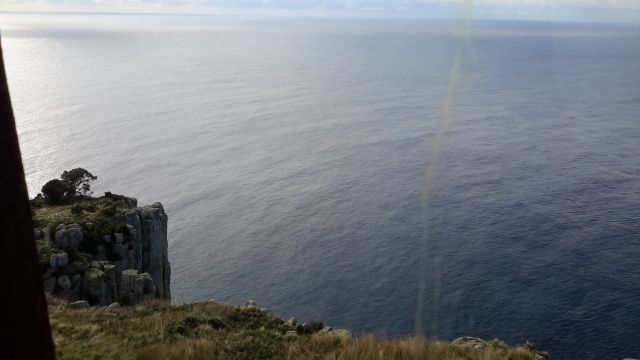 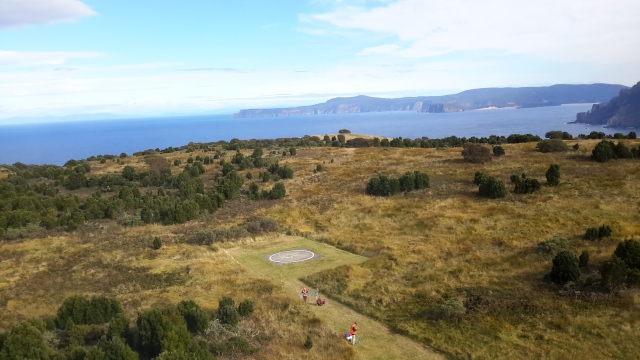 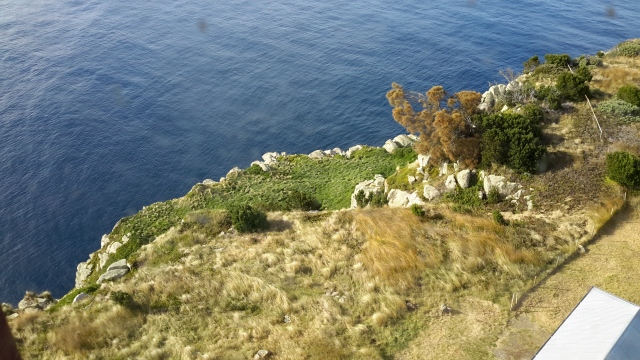 Finally, after more stairs, I was at the top of the accessible section, and an open door beckoned. 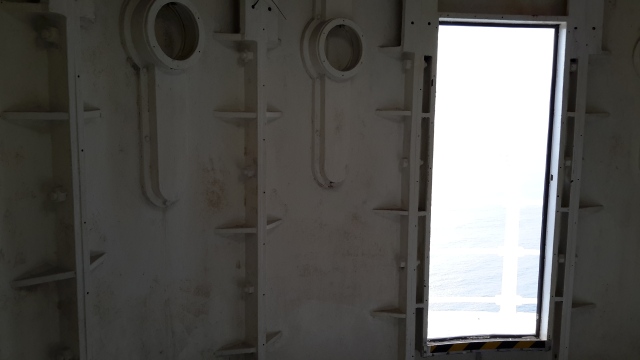 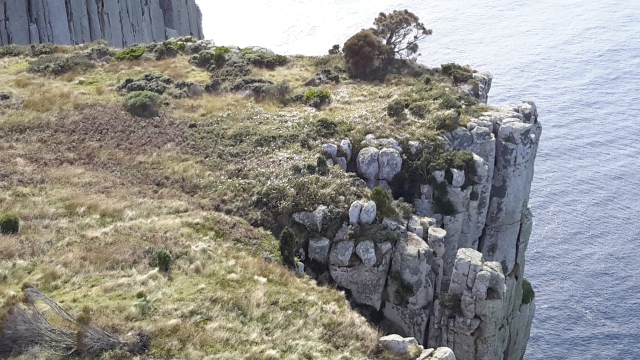 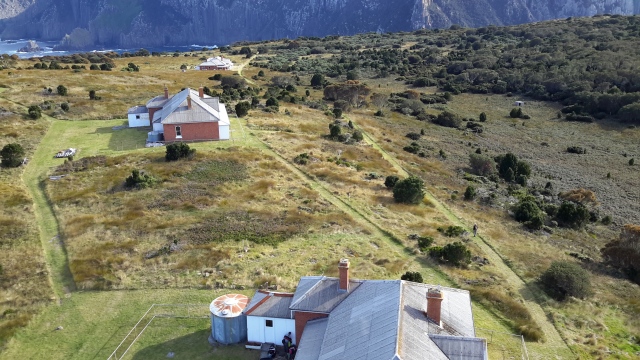 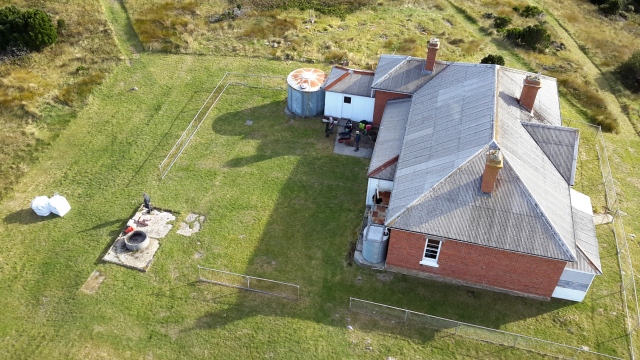 Time to go down.