Posted on January 7, 2018 by Tasmanian Traveller

On our trip to Lake Pedder we saw many different individual signs naming particular mountains.

Our problem was that once we had travelled a few kilometres on from a sign, the angle at which we were seeing these mountains had changed so we were most inept at accurately identifying the peaks.

Perhaps a App can be developed for road travellers, which is timed to fit with the typical vehicle speed limit along Scotts Peak Road. The App could continue to update information about the mountains to the left and right of the road.  Perhaps the purist bush walker will sigh in disbelief at such an idea. However I forever wanted to get my bearings and with cloud cover changing all the time, I failed to identify most peaks for any length of time, and I wish I had been able to do so.

I was grateful for the plaque enabling identification (with clear skies) of all the peaks for 360 degrees, built into the viewing area of Red Knoll Lookout. 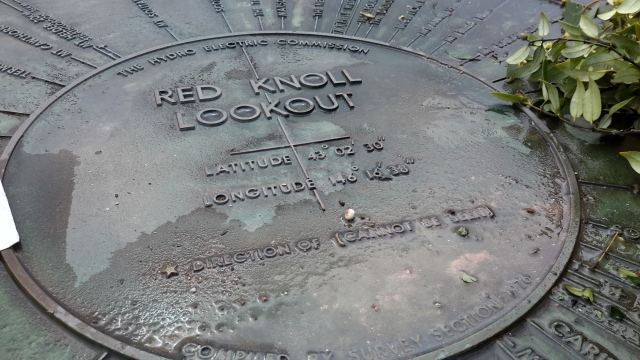 Directly ahead was Scotts Peak, now an island in the expansive ‘sea’ of Lake Pedder. 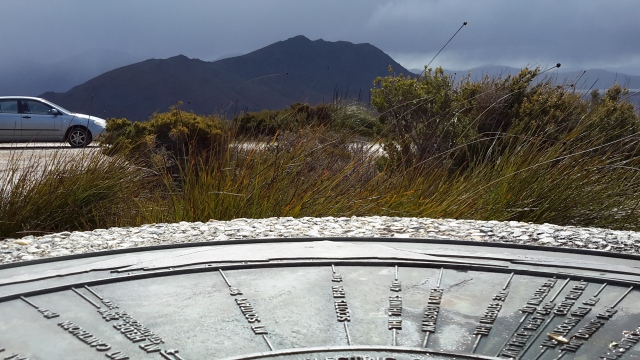 Then there were dozens of other peaks marked. 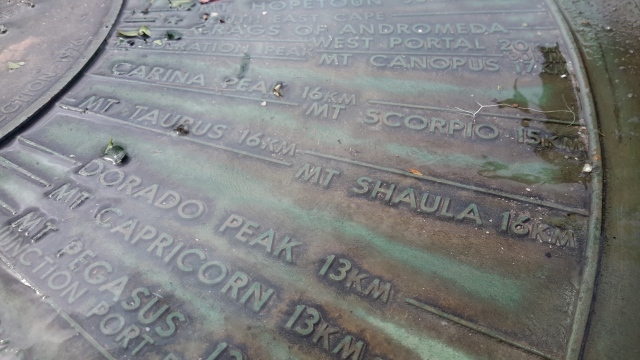